Researchers from the National Institutes of Health's National Eye Institute (MD, USA) have restored sight to blind mice by reprogramming skin cells into light-sensitive eye cells. The research, described in Nature, represents a significant step forward as the first study to demonstrate the plausibility of direct reprogramming to restore sight.

Whilst previous studies have converted skin or blood cells into induced pluripotent stem cells and then into eye cells, this research allowed for the direct reprogramming, avoiding the stem cell stage, with chemicals. The quicker process could be more clinically viable for conditions such as macular degeneration, compared against the prolonged process passing through iPSCs.

"This is the first study to show that direct, chemical reprogramming can produce retinal-like cells, which gives us a new and faster strategy for developing therapies for age-related macular degeneration and other retinal disorders caused by the loss of photoreceptors," explained Anand Swaroop, (National Eye Institute).

In the team’s protocol, cells were treated with five compounds allowing the researchers to avoid the use of transfection or transduction. Once produced, the team was able to confirm the gene expression profile of the cells, demonstrating similarity to naturally forming rod photoreceptor cells and a loss of skin-associated gene expression. The new rod cells were then transplanted into blind mice, which were assessed for light responsiveness 1 month later. The tests showed that 43% of treated mice reacted to the light upon exposure, suggesting a restoration of some light sensitivity.

"Even mice with severely advanced retinal degeneration, with little chance of having living photoreceptors remaining, responded to transplantation. Such findings suggest that the observed improvements were due to the lab-made photoreceptors rather than to an ancillary effect that supported the health of the host's existing photoreceptors," explained the study's first author Biraj Mahato (Texas Christian University and University of North Texas Health Science Center, TX, USA).

After 3 months, it was confirmed that the transplanted cells had survived within the recipient via immunofluorescence. Researchers now plan to further investigate and optimize the protocol to increase the number of functional receptions.

"If efficiency of this direct conversion can be improved, this may significantly reduce the time it takes to develop a potential cell therapy product or disease model," stated Kapil Bharti (National Eye Institute).

Back to Cell therapy
Next 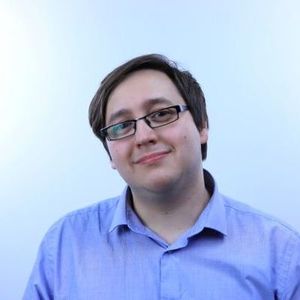 Ebony Torrington
RegMedNet
We use cookies to help improve your experience. By continuing to browse our website you are consenting to our use of cookies.
Learn more