Researchers may soon be able to perform the first transplantation of hESC-derived dopamine progenitors in patients with Parkinson’s disease, thanks to a team from Lund University (Lund, Sweden) developing a GMP differentiation protocol for highly efficient and reproducible production of the cells.

Researchers at Lund University (Lund, Sweden) have developed a technique that may allow the first transplantation of embryonic stem cell (ESC)-derived dopamine neurons for individuals with Parkinson’s disease. The identification of key biomarkers and pathways in dopamine neuron development, enabled the development on an improved method for efficiently and reproducibly obtaining dopamine neurons, helping to move this cell therapy towards clinical application.

The results of the team’s studies, recently published in two back-to-back articles in Cell Stem Cell, may assist in propelling cell therapy for Parkinson’s disease towards clinical application, with the first transplants expected to only be a few years away. The challenge of accurately controlling stem cell maturation within the laboratory to achieve successful and functional stem cell therapies has been a significant barrier to cell therapies reaching the clinic, however this new research, creating pure populations of high-quality dopamine neurons, may help their clinical application.

“In our preclinical assessments of stem cell-derived dopamine neurons we noticed that the outcome in animal models varied dramatically, even though the cells were very similar at the time of transplantation. This has been frustrating and puzzling, and has significantly delayed the establishment of clinical cell production protocols,” commented study lead author Malin Parmar (Lund University).

The Lund University experiments utilized modern global gene expression analysis of grafted human ESC-derived dopamine progentiors in an approach to identify potential predictive markers expressed that correlate with graft outcome. The team worked in close collaboration with a group of scientists from Karolinska Institute (Solna, Sweden) to generate data for their investigations.

The second study from scientists at Lund University utilized transcriptome-wide single-cell RNA sequencing of mouse neural progenitors to better refine understanding of stem cell differentiation to mesencephalic dopamine neurons in an approach to identify protocols that may enable researchers to optimize this process.

Using the markers identified from the studies, which correlate with high dopaminergic yield and graft function after transplantation in animal models of Parkinson’s disease, the team believe they have developed “a better and more accurate method for producing dopamine cells for clinical use in a reproducible way,” as explained by first author Agnete Kirkeby (Lund University), which could have important implications for cell replacement therapy in Parkinson’s disease. 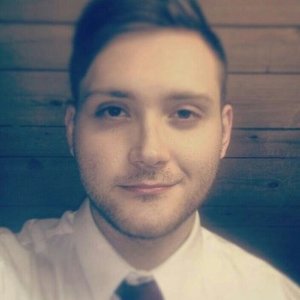