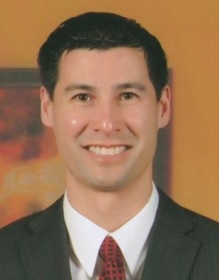 Stephen Lin received his PhD from Washington University (MO, USA) and completed his postdoctoral work at Harvard University (MA, USA). Lin is a senior science officer at CIRM which he joined in 2015 to oversee the development of a $32 million repository of iPSCs generated from up to 3000 healthy and diseased individuals and covering both complex and rare diseases. He also oversees a $40 million initiative to apply genomics and bioinformatics approaches to stem cell research and development of therapies. Lin is the program lead on the CIRM Translating Center which focuses on supporting the process development, safety/toxicity studies and manufacturing of stem cell therapy candidates to prepare them for clinical trials. He was previously a scientist at StemCells, Inc (CA, USA) and a staff scientist team lead at Thermo Fisher Scientific (MA, USA).

Please introduce yourself and your institution

I completed my PhD at Washington University in biochemistry, studying the mechanisms of aging, before doing my postdoc at Harvard, investigating programmed cell death. After that, I went into industry and have been working with stem cells ever since.

I was at the biotech company StemCells, Inc for 6 years where I worked on cell therapeutics. I then joined what was Life Technologies which is now Thermo Fisher Scientific. I joined CIRM in 2015 as they were launching two new initiatives, the iPSC repository and the genomics initiative, which were a natural combination of my experience in both the stem cells industry and in genetic analysis. I’ve been here for a year and a half, overseeing both initiatives as well as the CIRM Translating Center.

What prompted the development of the iPSC repository?

Making iPSCs is challenging! It isn’t trivial for many research labs to produce these materials, especially for a wide variety of diseases; hence, the iPSC repository was set up in 2013. In its promotion of stem cells, CIRM had the financial resources to develop a bank for researchers and build up a critical mass of lines to save researchers the trouble of recruiting the patients, getting the consents, making and quality controlling the cells. CIRM wanted to cut that out and bring the resources straight to the research community.

What are the challenges of storing so many iPSCs?

Many of the challenges of storing iPSCs and ensuring their quality are overcome with adequate quality controls at the production step. The main challenge is that we’re collecting samples from up to 3000 donors — the logistics of processing that many tissue samples from 11 funded and nonfunded collectors are difficult. The lines are being produced in the same uniform manner by one agency, Cellular Dynamics International (WI, USA), to ensure quality in terms of pluripotency, karyotyping and sterility testing.

Once the lines are made, they are stored at the Coriell Institute (NJ, USA). During storage, there is a challenge in simply keeping track of and distributing that many samples; we will have approximately 40 vials for each of the 3000 main lines. Both Cellular Dynamics and Coriell have sophisticated tracking systems and Coriell have set up a public catalog website where anyone can go to read about and order the lines. Most collections don’t have this functionality, as the IT infrastructure required for searching and displaying the lines along with clinical information, the ordering process, material transfer agreements and, for commercial uses, the licensing agreements was very complex.

Can anyone use the repository?

Yes, they can! There is a fee to utilize the lines but we encourage researchers anywhere in the world to order them. The lines are mostly for research and academic purposes but the collection was built to be commercialized, all the way from collecting the samples. When the samples were collected, the patient consent included, among other things, banking, distribution, genetic characterization and commercialization.

The lines also have pre-negotiated licensing agreements with iPS Academia Japan (Kyoto, Japan) and the Wisconsin Alumni Research Foundation (WI, USA). Commercial entities that want to use the cells for drug screening can obtain a license which allows them to use these lines for drug discovery and drug screening purposes without fear of back payment royalties down the road. People often forget during drug screening that the intellectual property to make the iPSCs is still under patent, so if you do discover a drug using iPSCs without taking care of these licensing agreements, your discovery could be liable to ownership by that original intellectual property holder.

That’s our hope. When people make iPSCs, the quality can be highly variable depending on the lab’s background and experience, which was another impetus to create the repository. Cellular Dynamics have set up a very robust system to create these lines in a rigorous quality control pipeline to guarantee that these lines are pluripotent and genetically stable.

What diseases could these lines be used to study and treat?

We collected samples from patients with many different diseases — from neurodevelopmental disorders including epilepsy and neurodegenerative diseases such as Alzheimer’s, to eye disease and diabetes — as well as the corresponding controls. We also have lines from rare diseases, where the communities have no other tools to study them, for example, ADCY5 related dyskinesia.

What are your plans for the iPSC initiative this year?

We’re currently the largest publicly available repository in the world and we aren’t complete yet. We have just under half of the lines in with the other half still being produced and quality controlled. Something else we want to do is add further information to make the lines more valuable and ensure the drug models are constantly improving. The reason people will want to use iPSCs for human disease modeling is whether they have valuable information associated with them. For example, we are trying to add genetic and sequencing information to the catalog for lines that have it. This will also allow researchers to prescreen the lines they are interested in to match the diseases and drugs they are studying.

Does the future for iPSCs lie in being utilized as tools to find therapeutics as opposed to therapeutics themselves?

I think the future is two pronged. There is certainly a future for disease modeling and drug screening. There is currently an initiative within the FDA, the CiPA initiative, is designed to replace current paradigms for drug safety testing with computational model and stem cell models. In particular, they hope to be able to screen drugs for cardiotoxicity in stem cells before they go to patients. Mouse and rodent models have different receptors and ion channels so these cardiotoxic effects aren’t usually seen until clinical trials.

The other avenue is in therapeutics. However, this will come later in the game because the lines being used for research often can’t be used for therapeutics. Patient consent for therapeutic use has to be obtained at sample collection, the tissue should be handled in compliance with good lab practice and the lines must be produced following good manufacturing process (GMP) guidelines. They must then be characterized to ensure they have met all safety protocols for iPSC therapeutics.

There is already a second trial being initiated in Japan of an iPSC therapeutic to treat macular degeneration, utilizing allogeneic lines that are human leukocyte antigen-compatible and extensively safety profiled. Companies such as Lonza (Basel, Switzerland) and Cellular Dynamics are starting to produce their own GMP lines, and CIRM is funding some translation programs where clinical grade iPSCs are being produced for therapeutics.