Aim: The objectives of this study were to develop a new decellularized bone matrix (DBM) and to investigate its effect on the in vitro cell behavior of human bone marrow-derived mesenchymal stem cells (hMSCs), compared with porous β-tricalcium phosphate (β-TCP) scaffolds. Materials & methods: Triton X-100 and deoxycholate sodium solution, combining DNase I and RNase, were used to decellularize porcine bones. The DBM were then characterized by DNA contents and matrix components. hMSCs were then seeded on the DBM and β-TCP scaffolds to study cell behavior. Results: Results showed that most porcine cells were removed and the matrix components of the DBM were maintained. Cell culture results showed that DBM promoted cell attachment and proliferation of hMSCs but did not significantly promote the gene expression of osteogenic genes, compared with β-TCP scaffolds. Conclusion: DBM has similar function on cell behavior to β-TCP scaffolds that have promising potential in bone tissue regeneration. 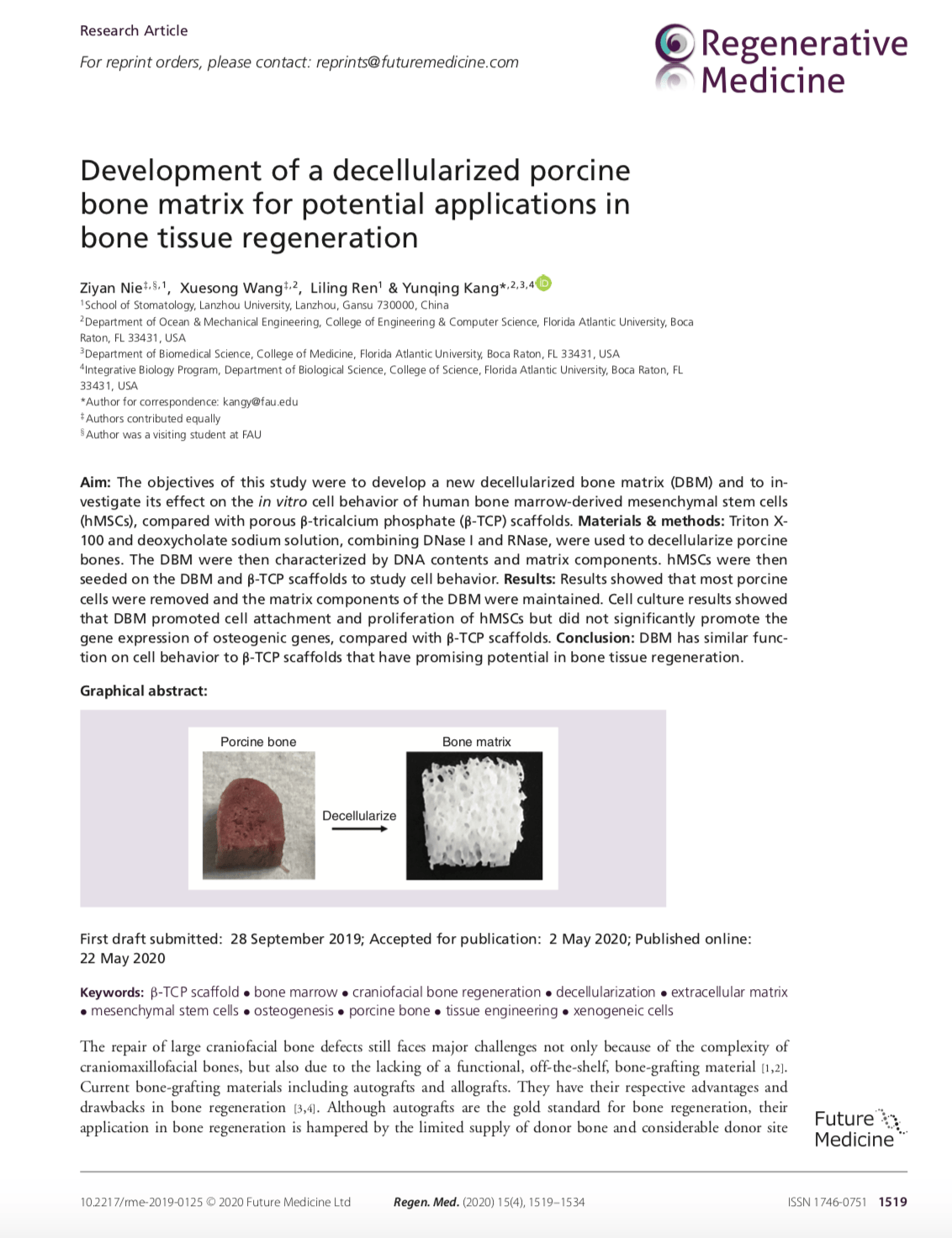