A new technique, involving the expression of the Yamanaka factors, has been discovered by scientists at the Salk Institute (CA, USA) to increase animals’ lifespan and rejuvenate organs.

Scientists from the Salk Institute (CA, USA) have identified that the hallmarks of old age can be reversed by intermittent expression of genes; those that are normally associated with the embryonic state. When utilizing this approach, it was observed that mice with a premature aging disease were rejuvenated and the animals’ lifespan increased by 30%. It was also reported that human skin cells were prompted to behave and appear young once again.

The study identifies the link between cellular reprogramming and the reversal of aging; in particular, the expression of four genes - the Yamanaka factors - which scientists have demonstrated can convert any cell into induced pluripotent stem cells. The team induced the Yamanaka factors for a short period of time in skin cells from mice with progeria, which improved the characteristics of aging. The analyzed cells kept their skin-cell identity but demonstrated signs of age reversal.

When live mice with progeria underwent cyclic periods of cellular reprogramming, the treated mice appeared younger; organ function was improved and lifespan increased by 30%. In normal aged mice, the induction of the Yamanaka factors led to the improvement of regeneration capacity.

“In other studies, scientists have completely reprogrammed cells all the way back to a stem-cell-like state…but we show, for the first time, that by expressing these factors for a short duration you can maintain the cell’s identity while reversing age-associated hallmarks,” explained co-first author Pradeep Reddy (Salk Institute, USA).

The research, published in Cell, highlights possible therapeutic targets for improving human health and aging. Senior author Juan Belmonte, professor in Salk’s Gene Expression Laboratory, (Salk Institute, USA) commented: “our study shows that aging may not have to proceed in one single direction...it has plasticity and, with careful modulation, aging might be reversed.”

Belmonte concluded “Obviously, mice are not humans and we know it will be much more complex to rejuvenate a person… but this study shows that aging is a very dynamic and plastic process, and therefore will be more amenable to therapeutic interventions than what we previously thought.” 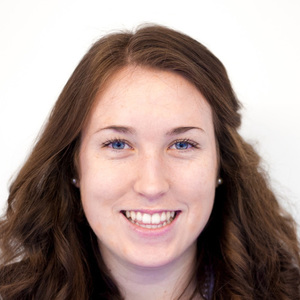 Fighting coronavirus with MSCs: an interview with Ross Macdonald

Harriet Wall
RegMedNet
We use cookies to help improve your experience. By continuing to browse our website you are consenting to our use of cookies.
Learn more