The increasing use of physiologically-relevant 3D cell cultures is rapidly advancing pre-clinical studies, due to their ability to mimic the in vivo environment and produce clinically relevant data. Robust use of 3D cultures makes them compliant with the 3Rs: “replacement, reduction and refinement” minimizing animal use in research.

Here we discuss recent developments in 3D cell cultures, such as the novel use of synthetic self-assembling peptide hydrogels (PeptiGels®), which can faithfully recapitulate the in vivo microarchitecture to generate complex 3D models, including organoids and bioprinting. We will also look at their potential applications within regenerative medicine and drug discovery, current challenges and their future.

What will you learn?

Who may this interest? 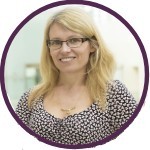 Aline Miller is Chief Executive Officer and Founder of Manchester BIOGEL, a company specializing in providing peptide hydrogels for 3D cell culture, 3D bioprinting and drug discovery. Aline is also Professor of Biomolecular Engineering in the School of Chemical Engineering at the University of Manchester where she has won several awards, including The Royal Society of Chemistry’s (London, UK) MacroGroup UK Young Researchers Medal, The Institute of Physics’s Polymer Physics Group Young Researchers Lecture Award and the Philip Leverhulme Prize for Engineering for her work on self-assembling peptide materials. In this area she has published over 100 refereed papers, authored five patents and has won over £8M from research councils, the European Union, charities and industry to support her research group.